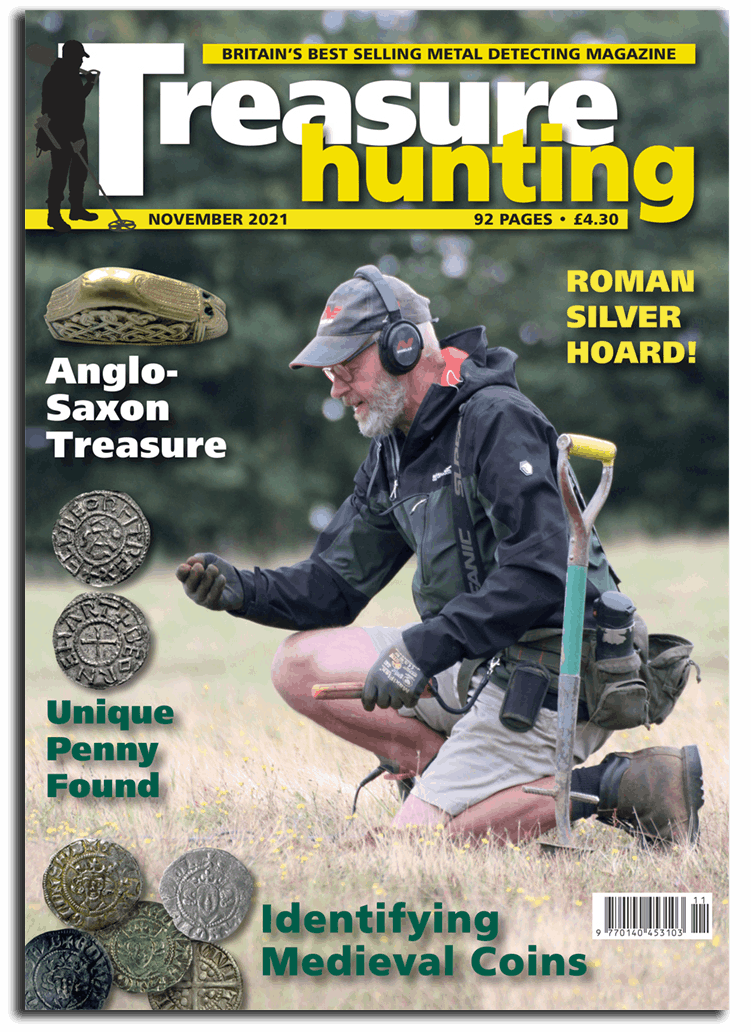 News and Views Alongside the many fascinating finds featured this month (including several gold coins, rings and a stunning Anglo-Saxon sword
pommel), is the gruesome find of a thimble with the fingertip still inside.

Our First Dig Godfrey Pratt documents some of the trials and tribulations
of organising a dig in Norfolk.
Roman Silver Hoard A stroke of luck leads Ray Stobbs to a new
permission with amazing results.
PAS Corner This month, John Naylor uses finds recorded on the PAS
database to focus on early-medieval finds from Wales, as well as pilgrims’
ampullae and badges.
Reader Finds A round-up of some of our readers’ recent finds.
My Medieval Compass and Other Examples Dave Crisp investigates
these rare artefact finds, only six of which have been recorded with PAS.
Pastures New Max Peberdy unearths a fabulous selection of finds in
Oxfordshire with his new Minelab Equinox 800.
A Wartime Mystery Norbert Antkowiak embarks on some painstaking
research in an effort to identify and return six WW2 US Army dog tags.
Not Another Button! The first article of a new series by Gordon Bailey,
looking at the history of buttons through the centuries, illustrated with some
of the many beautiful examples in Gordon’s collection.
Identifying Medieval Coins In the latest instalment of this fascinating
series, Carl Savage explains how to identify the later coinage of Edward I
and the coinage of Edward II.
Days Out with the XP ORX Deus user Paul Bancroft tests out an XP ORX
on his Roman site.
Celtic Coin Values Details and sale prices of beautiful Celtic coins sold
recently by Chris Rudd Auctions.
The Rodney Cook Rally 2021 Julian Evan-Hart reports back from this
year’s event and photographs a selection of some of the great finds made.
Auction Round-Up A selection of lots sold at TimeLine Auctions’ recent
sale 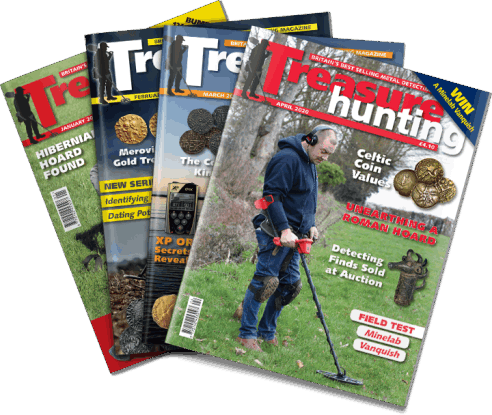 ONE OFF PAYMENT by credit or debit card from only £24.60. 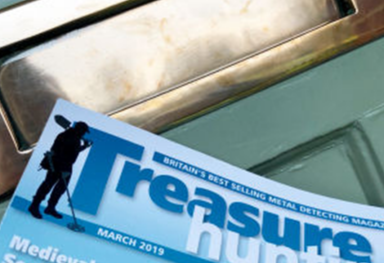 DIRECT DEBIT
subscription options of 3 months or 12 months by Direct Debit.Directly delivered to your door. 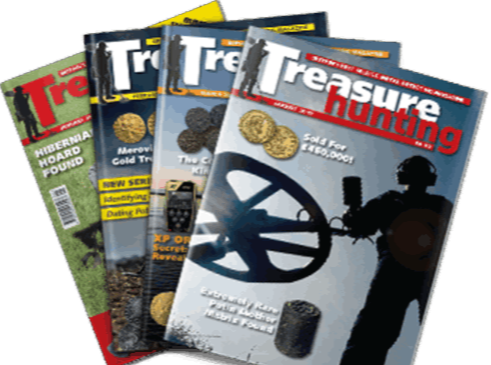 BACK ISSUES
Missed a copy for your collection or want to read a past review on a detector. 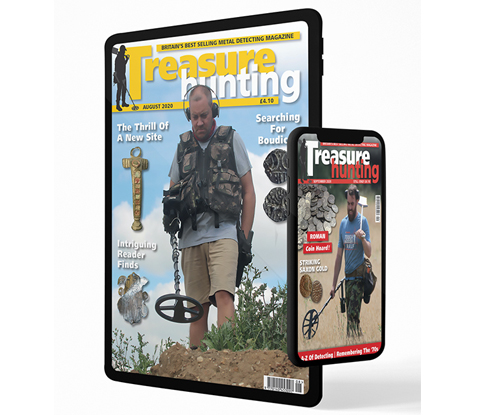 DIGITAL DOWNLOAD
View anytime on your tablet, phone or computer. The second book in the Finds Identified series, this volume focuses on dress fittings and ornaments, the most common artefacts found by metal detectorists. Beautifully illustrated, with thousands of photographs of over 1300 artefacts, this book provides an essential guide to identifying metal detecting finds.
As with the first book, the objects are organised on a thematic basis, with similar types shown together, allowing you to see how various types of artefacts have evolved through the ages. 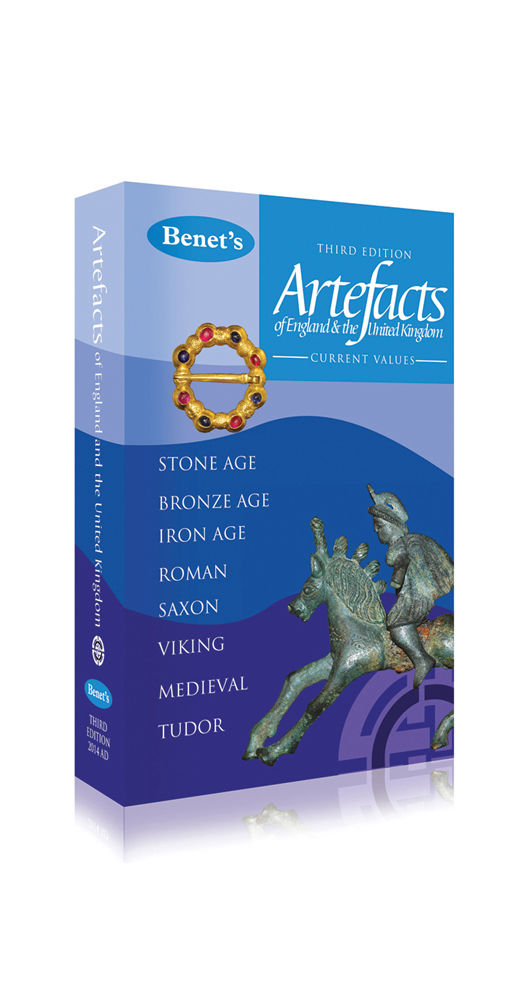 This 3rd Edition of Benet's Artefacts has over 3000 photographs in full colour with all prices fully updated.

This superb artefact identifier and price guide ranges from the Stone Age through to the Tudor period - Benet’s is the must have guide for identification & valuations. The prices quoted are based upon first hand knowledge and experience of the antiquities market as well as recent actual sale prices. 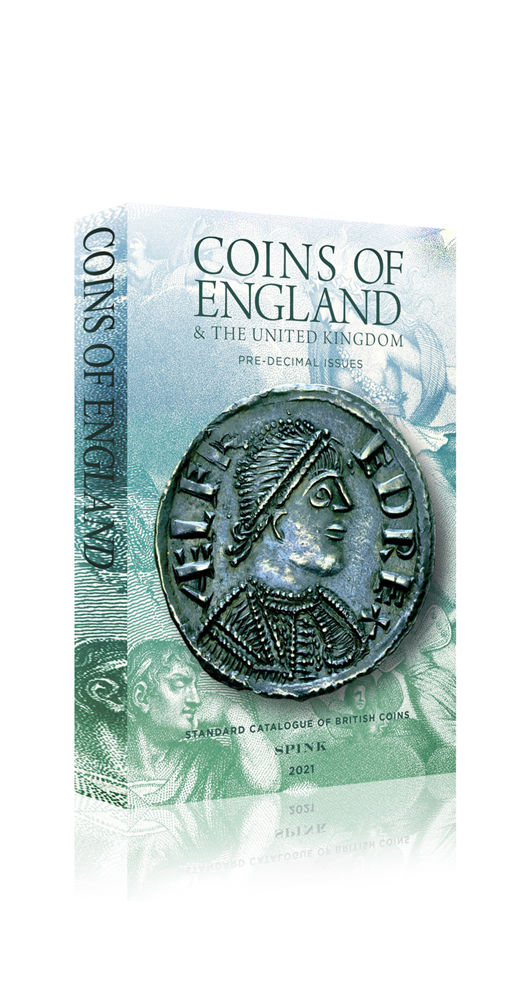 Coins of England and the United Kingdom remains the only reference work which features every major coin type from Celtic to decimalisation in 1971 with accurate market values for every coin type listed.

It is an essential guide for beginners, serious numismatists and anyone interested in British Coinage. As with every new edition, all sections of the catalogue have been carefully checked by the specialists at Spink and the prices of the coins have been updated to reflect current market conditions.

The reference numbers used are recognized world-wide and are quoted by all of the leading auction houses and dealers. Well illustrated in colour, listing every type and date of British coins from Celtic times to decimalisation in 1971.

Get updated on new news and publications